Theatre has been around for literally thousands of years, and is still growing & developing today. Many people describe the
theatre as something magical, a truly extraordinary experience.

Theatre shows allow us to escape “normal” every day life, for that particular space in time. Unlike films the theatre can feel more real since the audience shares the same space as the actors. Maybe the story that we see play out in front of us presents a different perspective of the world that we did not notice before. Often, theatre performances demonstrate to us the love, the strength, the determination, etc. that we need to move forward in everyday life.

Either side of the Atlantic ocean are the world famous theatre districts of New York’s Broadway & London’s West End and
are the homes to some of the most popular theatres in the entire world. With millions attending productions at each location every year, they put on huge, lavish productions, that get the best critic reviews.
Often when a top production has run or a number of years in one location, whether it be New York or London, it will then move to the other location.

Both theatre districts have around forty theatres each, with Broadway having a slightly higher capacity, but The West End having a higher attendance. Local residents & tourists frequent the venues. For many people visiting London or New York a trip to the theatre, is as much a part of the holiday as going to Buckingham Palace or the Empire State.

Top shows to see on Broadway

The delightful small musical is all about big emotions.

It’s the story of an Egyptian police band scheduled to play a concert at an Arab cultural center in Israel. They get on the wrong bus & end up in a different town where they spend the night with the residents. These, lonely souls from different cultures share their stories of longing through songs by David Yazbek.
Cafe owner Dina (Katrina Lenk) sings about her remembrances of the actor from her youth, in the mournful ballad “Omar Sharif”.

This brilliant three-act play by Jez Butterworth follows a Northern Island family in 1981 as jailed IRA hunger strikers begin their
protest. The Carneys are preparing for their annual harvest, when they receive some terrible news. A member of their family, who disappeared a long time ago, has been found dead, murdered by the IRA.

What follows is the uncovering of deep seated wounds, both within the family and nationally.

It is an undeniably lively experience, complete with both an actual baby onstage, as well as a live goat.

It is powerful & painful, sometimes funny, but immensely mesmerizing.

HARRY POTTER AND THE CURSED CHILD

This stage sequel to the saga of the Harry Potter films see’s Harry, Ron, and Hermione, some nineteen years later.
Director John Tiffany has translated the spells and magic of J.K. Rowling’s universe into wondrous stagecraft, that certainly impresses.
The base of the story is Harry’s strained relationship with his middle child, making sure all the wizardry has some heart backing it. On top of all that, the flying Dementors are a totally successful in terrifying the most hardened theatre goers.

Top Shows To See At The West End

Set against the majesty of the “.. Serengeti,”The Lion King” dazzles all ages with spectacular costumes, stunning special effects & the evocative rhythms of the African plains, provided by Elton John & Tim Rice.

Follow the adventure of Simba a fearless young lion cub, as he learns about life on his journey to become the lion king.

Through a mixture of the cast and incredible puppets, twenty five species of animals are represented including astonishing herds of life size zebras and giraffes.

Fantastic music & a stunning production that is appreciated by any fan of the theatre.

This musical sensation, is the recipient of more than 100 major international awards, including three Tony
Awards on Broadway and two Olivier Audience Awards in London.

Now the 5th longest running musical currently playing in the West End it has been seen by more than 9 million
people in London alone.

This untold but incredible story is about two young women who met as sorcery students & their unlikely but profound friendship. Their extraordinary gravity defying adventures in Oz will ultimately see them fulfill their destinies as Glinda The Good and the Wicked Witch of the West.

This unforgettable musical,l features stunning costumes, spectacular sets and show-stopping songs in a night of spellbinding theatrical magic, with the audience being transported into this so far unseen imaginary world of Oz.

THE PHANTOM OF THE OPERA This is the story of a mysterious phantom who terrorises the Paris Opera in an effort to make his protégé, Christine, the leading lady of the opera house.

With the help of jaw-dropping scenery and special effects & a truly mesmerising score, the Phantom of the Opera cast stun audiences as they perform unforgettable songs including The Music of the Night and Think of Me.

This epic, mamouth production really has to be seen to be belived.

There are fantastic shows happening throughout the year that are specifically for a family audience & at times suited for a younger audience.

There is then of course the classic “Panto” season, where the theme is predominantly aimed at children, but with an underlying humour that is definitely aimed at the parents.

Is It Worth The Expense ?

A night out to the theatre can be quite expensive, especially for a family, but it is not normally going to be a weekly event. When you consider the venue & the huge cost of staging a massive production, the average ticket price is pretty good value for money. For most people it is a night out that they will remember for a very long time.

I personally love the experience & would highly recommend it. 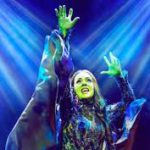