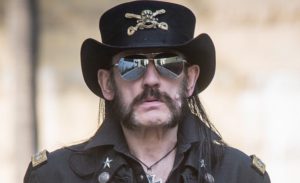 Lemmy – the fast living legend, slowed it all down.

This is just a brilliant slow accoustic version of the super fast Motorhead classic. Most people assume that any Motorhead track is going to be fast & loud, & why not, 99.9% of them are exactly that & that is precisely what their worldwide fanatic fan base have wanted & expected for more than 40 years.

This stripped out acoustic version of Ace of Spades, shows the superb ability of Lemmy to still make the track appeal to even his most hardened fans.

The track was used in 1998 for the Kronenburg 1664 advert, which Lemmy might have used before breakfast, but probably wasn’t high up on his list of prefered alcoholic beverages.

Lemmy started his rise to absolute heavy metal ” God” as road crew for Jimmy Hendrix & in 1971 be joined, the electro rock group Hawkwind, as the bass player & vocalist. Lemmy had never played bass in a band before & was pushed into joining by a bandmate. 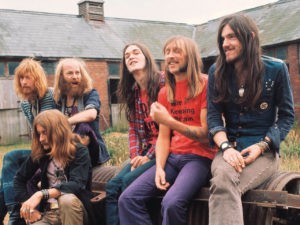 He quickly developed his own very distinctive style, that was heavily  influenced by originally playing a rhythm guitar. Unlike the single note lines that most bass players use & prefer, Lemmy often used chords & double stops.

His creative bass playing was the core part of the Hawkwind sound, perhaps best heard on the track Space Ritual.He was also the lead vocal on the classic Hawkwind track “Silver Machine” which went to number three in the charts, back in 1972, & is still the most recognised Hawkwind track to date.

He was fired for possessing drugs by the band in 1975 & subsequently set up his own band, Motorhead, the  world recognised headliners of the Heavy Metal genre.

Lemmy’s new band was originally called “Bastard”. It was when it was pointed out that using the name “Bastard” would never get the band onto the radio or the hugely popular weekly TV show “Top of the Pops”, Lemmy changed the band name to “Motorhead” Ironically, this was the title of the last track that he had written for Hawkwind 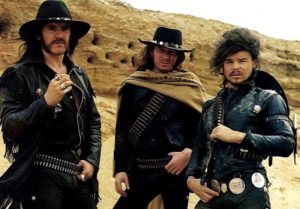 Motorhead had a fan base from the Hawkwind days & with the growling vocals, fast & incredibly loud tracks, they picked up a whole new wave of fans from the punk genre. Lemmy himself loved punk rock & was the covering bass player, playing many gigs  for the Damned, who where creativley more on the heavy side of punk. This can be seen with tracks like “Plan 9 Channel 7”

Being the lead singer, song writer, bassist & frontman, in 1980/81 Lemmy & Motorhead were at the the top of the game, out on huge world tours, packing the largest stadiums & blasting out the now iconic track “Ace of Spades”. Through to the final gig in 2015, this track was at the top of the list, as a fan favourite.

Motorhead & Lemmy’s final live gig was on the 11th of December 2015 in Berlin, Germany.

Born to Lose – Lived to Win

Four days after his 70th birthday, Lemmy died 28th of December 2015 at his apartment in Los Angeles, after being diagnosed with terminal cancer.

His remains were placed in a 3D-printed mantelpiece shaped like his trademark cavalry hat and emblazoned with the slogan “born to lose, lived to win”. 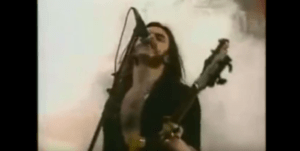 The WWE Monday Night Raw had a video tribute to “The Ace of Spades” on December 28th 2015.

In 2018 Hawkwind recorded a new acoustic version of Lemmy’s 1972 “The Watcher”, with Eric Clapton guesting.

The legend lives on with the band where it all really started for Lemmy Kilmister. The man who was, the leading force in the heavy metal genre, powering relentlessly on with his his band Motorhead, for 40 years.